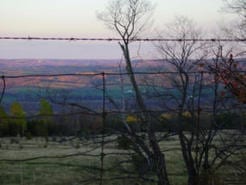 Epping Lookout is a popular place in the Beaver Valley to stop for a break, stretch your legs, admire the view, take pictures or to have a picnic lunch.  It is located on the western side of the valley on Grey Road 7 extends from Hwy. 26 in Meaford to Grey Road 13 near the old Talisman Ski Resort, or can be accessed from the Bruce Trail.  It is a 5-hectare roadside picnic area owned by the Grey Sauble Conservation Authority.  There is parking and a pavilion for your convenience, as well as a spectacular view of the Beaver Valley. Looking north the valley widens to display the tree-lined river, pastureland, orchards, and the stark cliffs of the escarpment stretching down to Nottawasaga Bay.  It makes a beautiful picture, especially in the springtime when the apple trees are in bloom.  To the south, the valley narrows and eventually disappears behind Eugenia Falls.  This view is the best in the autumn when the maple trees take on their bright red, orange and gold hues.

It is easy to see why the early settlers were attracted to this area, especially in the 1850s when the government offered them cheap or even free land.  They were hardworking and it wasn’t long before small crossroad hamlets with farms, small businesses, and mills which could be powered by the river appeared throughout the area.  Epping was one of the more popular locations because of the view from Epping Lookout.  It was the first community to have a post office and mail route, which in 1858 extended to Meaford.  Later in was extended to Flesherton, and the round trip by horseback took two days. By the late 1860’s Epping also had a school, church, stores, and a shoemaker.  Its population was listed at around 50, and farmland sold for $20 – $30 an acre.  The hamlet continued to grow until the approach of the 20th century when most of the crossroad hamlets became ghost towns as roads improved and it was easier to reach the larger communities.  All that is left in Epping now is the Mount Hope Methodist Church which was closed and boarded up many years ago. 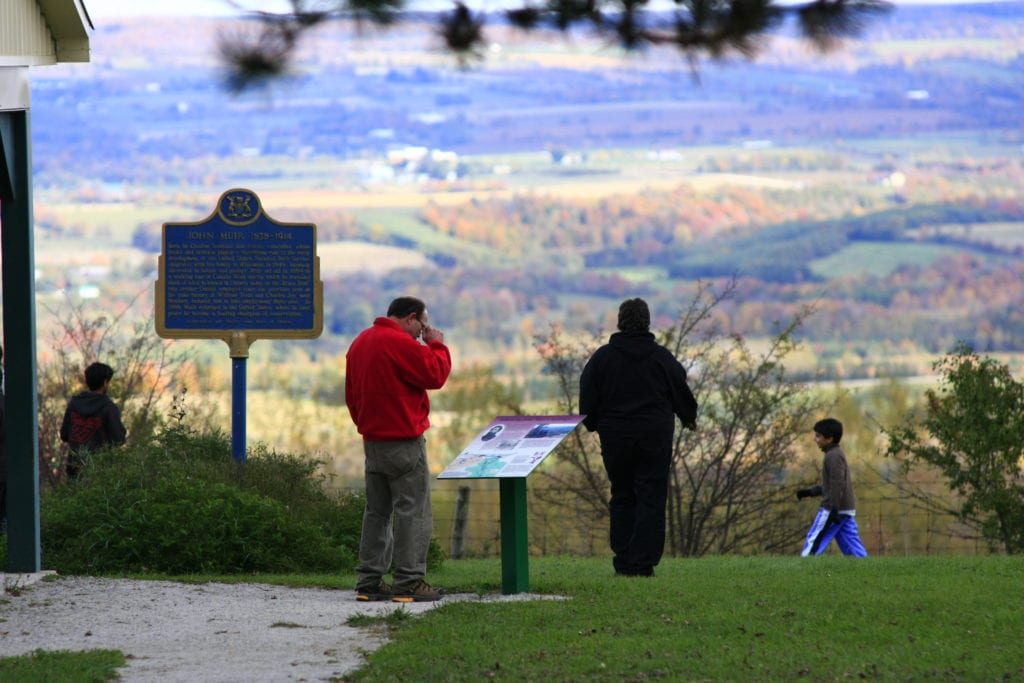 At Epping Lookout, you will also see a plaque honoring a famous early naturalist John Muir who studied botany and geology in this area in the 1860s.  You can see some of the areas he traveled by hiking the Bruce Trail.  If you want to see the beauty and variety of plants that attracted him to this area, there is also a 14km walking trail that starts in Meaford across from Beautiful Joe Park and goes through Trout Hollow past the mill where John Muir worked and ends at the Riverside Center on the 7th line.  The Bighead River Heritage Association constructed this trail which winds along the river past several historic sights including the remains of a couple of old mills and a power dam.  Some of the land is privately owned so please stay on the trails.