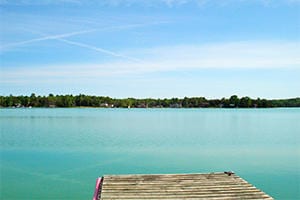 Williams Lake is a large 148-acre clover shaped lake which features a public beach with boat launch on the south side of the lake. The lake is spring fed and is aqua in colour. It is popular for boating and fishing and anglers can test their skills by catching Large or Small Mouth Bass, Perch, Panfish or infrequently Brook Trout.

In The Area Williams Lake is located in the picturesque town of Chatsworth, Grey County, found 23 kilometers south of Owen Sound. As part of the Niagara Escarpment, Chatsworth boasts an immense amount of innate beauty with many waterways and landscapes including rolling hills, rocks, and forests. Visitors can reconnect with nature by hiking, snowmobiling, cross country skiing, ATVing, swimming, boating, canoeing, hunting, and fishing. 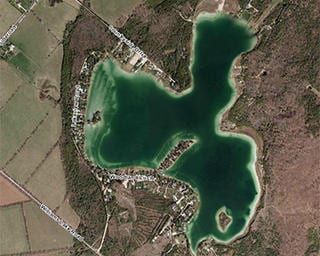 The first settlers arrived in the early 19th century and a significant amount of settlement was underway in mid-to-late 1800s. Chatsworth was finally settled in 1842 when a man named Coyer built a tavern. The lake was named after the Williams family who owned a large portion of the lake. William and Margaret Pearse Williams immigrated to Canada in January of 1842.  They landed in Quebec and eventually settled in Holland Township, Grey County, where the Williams became farmers in March of 1850. One of their great-granddaughters, Florence Fee, was very proud of the contributions they made to Grey County and wrote about them in her books, “Pioneers in the Queen’s Bush” and “Salt of the Earth”.In 1955, the idea of a yacht club was born when young people started to frequent the lake and found an interest in all things water sports. The first regatta was held on June 23, 1956, with the proceeds going to the new Glendale Yacht Club. The funds raised were to help build a beach for swimming, boating, fishing, and water-skiing. 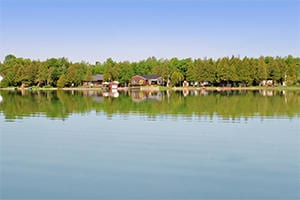 The Glendale Yacht Club currently sits on private property at the north side of the lake which they moved to in 1984, after using leasing property for 30 years. There is a well-equipped clubhouse, boat docks, a beach, and campsites. The first cottage was built on an island in 1948 and Williams Lake now has approximately 60 houses and cottages surrounding it. In 1973, a large portion on the southeast side was preserved as natural land when it was purchased by the North Grey Conservation Authority.

Canadian suffragette and activist Nellie McClung was born in the township of Chatsworth. In the early 1900s, the marl found in Williams Lake was used for making cement and a large boarding house which had been built to accommodate 20-30 laborers. The operation at the time lowered the water level and the company had to drill several wells on nearby farms when the existing water supplies dried up.

Each year we compile a variety of real estate statistics for our surrounding lakes. Since Grey County is such a recreational area, sought after for the beauty of our lakes and outdoor recreational activities, we like to keep track of the growth in our area. You can view the Market Reports below that break down the numbers we have collected.